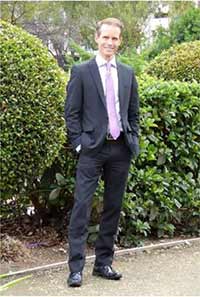 Did you know that last April, PowerSanté won a lucrative contract with the Government of Quebec, and at the same time saved the government a lot of money because its service offer was 20 M $ less than the competitor? For details, visit the media articles on the Internet using these keywords "Québec changes its mind and saves $ 20 million".

What is the relationship between Patrick Power and Asbestos?

Patrick is a native of Asbestos and his parents are James Power and Renee Mailhot. His father began his career in Asbestos in 1961, as manager of the manufacturing of mining products for Johns-Manville. In 1982, he became Chairman of Johns-Manville Canada and Vice-President of Johns-Manville Corporation. Patrick’s mother worked as a teacher, and later became an Assistant Director at Pavilion 1 de l’Escale. Patrick has a sister, Stephanie, who was born in Newfoundland and now lives in Colorado.

Many of you probably also know his grandparents, M. and Mme Fernand and Fernande Mailhot.

Patrick attended primary school at Sacré-Coeur, and secondary school at Polyvalente l'Escale in Asbestos. His studies were interspersed with two stays outside of Quebec, one in Newfoundland and the other in Toronto. 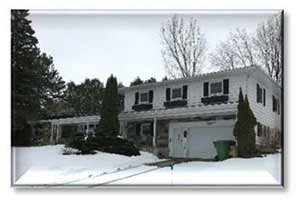 When I asked him for anecdotes about his childhood, he explained to me that the location of their home was at the intersection of Jeffrey Street and St-Luc Boulevard. On the other side of the boulevard, at that time, there was the police station and the Hotel de Ville. Asbestos being a small town and his parents well known people, they were already aware of any schoolboy shenanigans before he even returned home! Patrick also remembers that he was the only student to hand over a Christmas card to his teachers!

Very sporty, Patrick played a lot of golf, and in the winter, it was hockey and skiing (he was a member of the ski club). In the hockey teams, he was often named ‘Assistant Captain’ but never acceded to the title of Captain. These days he has his title of ‘Captain’ as the head of his flourishing company!

Patrick left Asbestos at the end of secondary school to enter Colorado State University, where he achieved a bachelor's degree in computer science followed by an MBA in finance at Pepperdine University in Malibu, California.

With a bachelor's degree, Patrick spent five years as a financial analyst for a California hospital. During this time, he lived with friends in a beach house at Manhattan Beach ... where he and his roommates practiced beach volleyball every weekend.

Recognising Patrick’s skills, a large Australian company made him a job offer for a period of 12 months. Not very tempted, he demanded conditions that he thought the company would refuse…but a few days later, he was travelling to Adelaide in Australia to take up the position. It was here that he developed the system for the calculation of costs.

During his contract, Patrick began to think about starting his own business and received plenty of encouragement and support. Making the choice to live in Australia, he founded his software company for the calculation of costs in 1995 with only one employee, himself! Starting with five clients, two months later, he had eight, then twelve; all these clients were hospitals.

The company has grown significantly since its inception and now employs about a hundred people, including about 70 in Adelaide, six in Ireland and twenty in Montreal.

PowerSanté, a world-class company, has developed a network of companies and technology partners around the world.

Success brings success ... and travel. In 2016, Mr. Power was ‘on the road’ for 168 days, travelling 400,000 km and stopping in 63 cities. As he pointed out, he goes around the world every month - it's true that Australia is a long way from everything. His new contract, with the Quebec government, leads him to spend one to two weeks a month in Quebec.

Patrick’s priority is his family, with three daughters aged 9, 11 and 12 years old. Second is his business and his third priority is himself. With his sense of organization and discipline he can achieve all his goals and still enjoy quality time with his family. 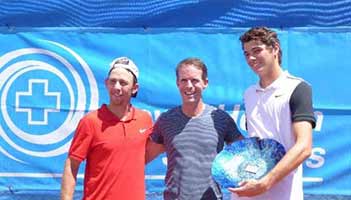 Does Patrick have time for personal recreation? Surprisingly, yes. He jogs daily (even while travelling), two or three times a week he goes to the gym, Sunday is tennis, and four times a year he plays hockey. He is also present to support his daughters in their respective activities and Saturday is the family film day.

Patrick’s company is a major partner involved in the support and development of the emerging tennis in Australia. 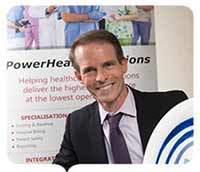 Why stay in Australia, if this field of expertise can be established anywhere in the world? Because Patrick likes the Australian mentality and sense of values. Money is not their priority - family and quality free time are more important. He also loves the sun in Australia, although the cost of living is very expensive...

At PowerSanté, Patrick has instilled a culture of benevolence. Staff support many causes, such as the Salvation Army and various fundraisers. The company matches the amount collected by employees for donations, and blood drives are also sponsored by the company.

In California, Patrick was part of the Big Brothers organisation and keeps in contact every year with the young person he sponsored at that time.

In 2014, he was selected by the Industry Leaders Fund, which offered him a scholarship to join the Owner/President Management (OPM) program at Harvard University in Boston. To be admitted to this program, candidates must meet a rigorous selection criterion, including having at least 10 years of professional management experience, and annual revenues (or the established value of the company) of more than $ 10 million. 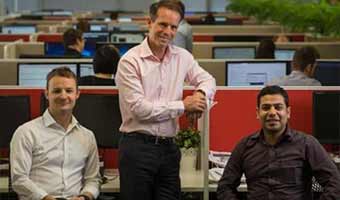 Patrick does not like titles such as CEO, it's not him. As proof, he even prefers his company to be managed by a board of directors, with competent people who have varied and complementary expertise, even if it is a sole proprietorship. As a result, Mr. Power is entitled to one vote, as is each member of the board of directors. For him, every employee has equal importance in the business; when I browse the company's internal newsletter, I realize that the individual is very important, and I detect a "family" spirit.

Watch out, because we will probably hear a lot more about Mr. Patrick Power, because he is a successful entrepreneur with lots of plans in mind for his business!