PowerHealth are immensely proud sponsors of the BSS Horizon F1 team who were crowned World Champions at the F1 in Schools competition held in conjunction with the Singapore Grand Prix this month.

F1 in Schools™ is the official Formula One education initiative and is the most renowned STEM competition in the world, with an estimated forty million students competing every year. Participating teams are required to build detailed miniature F1 cars that race head-to-head in a competitive environment.

After countless hours of preparations and a gruelling week of competition, Horizon were crowned ‘F1 in Schools World Champions’ at the awards dinner, scoring 878.4 points out of a possible 1000. During the competition, the team posted a sub one second time of 0.997 – officially the fastest time ever set in F1 in Schools – catapulting them from 13th place to first! In addition to the World Championship title, the team also earned awards for the Fastest Car and Best Engineered Car and were nominated for Best Research and Development.

Since the competition, the team have been enjoying the limelight, attending interviews with Channel 9 and F1 management. A highlight was the tour of the Williams F1 pit and meeting some of the F1 drivers.

Congratulations from everyone at PowerHealth, we are extremely proud of your achievements. 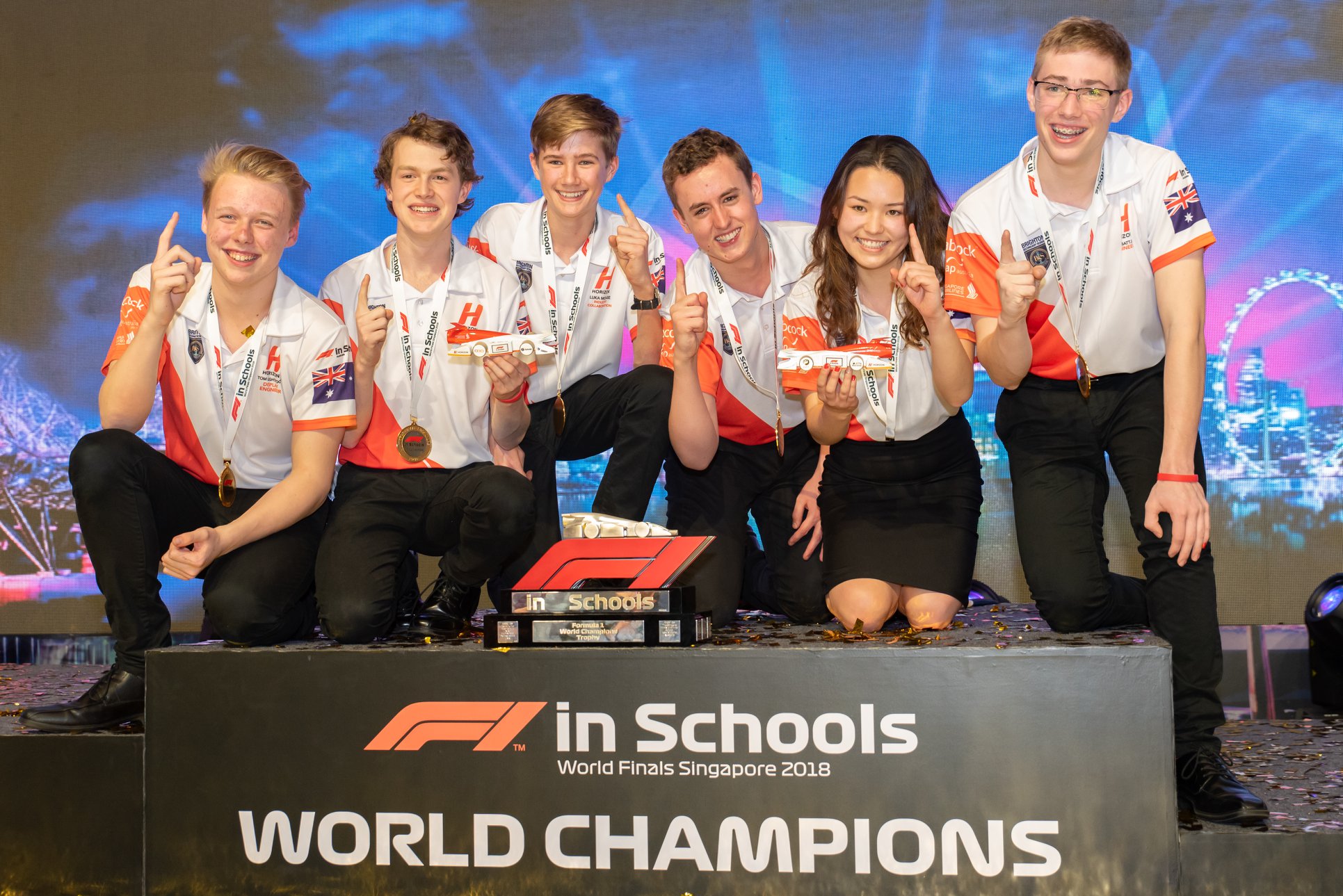 PowerHealth is a dynamic Australian software development company specialising in activity based costing, hospital billing and safety learning solutions for healthcare organisations. The company is a market leader in Australia and New Zealand, with international recognition in the Canada, Ireland, United States, United Kingdom, Hong Kong and the Middle East.